Some of my first regular sex industry clients came about after the Tart Cards were banned in London’s phone boxes in 2001. Tart Cards were advertisements the size of a postcard that usually had illustrations or fake photos and some brief details about services offered and the phone number. They were tacked to the walls of phone booths by “carders” throughout London or outside the doors of the walk-ins.

Tart Cards (a book was published in 2003) were, in my opinion, so badly designed that they were in fact actually kind of cool; an artistic genre in their own right. I kept a few for fun, not realising they might be worth something one day. (When I uncover their hiding spot I will add them to this post.)

It was very rare for the girls being advertised to actually appear on the card – often they would cut out photos from magazines and so therefore the copyright was an issue. But how were the actual models ever going to find out!??! It wasn’t the internet, there was no Tin Eye, nor DRM or digital watermarks.

Once Tart Cards were banned, the escorts and professional mistresses who had been relying on them to attract punters, became my first clients who really needed a strong internet presence. SEO brought them valuable traffic and therefore new clients via the various search engines of the time – AltaVista and Ask Jeeves come to mind; Google did not even exist. The SEO techniques used back then such as keyword stuffing and hidden text, are now consider black hat techniques, and can destroy your website ranking! So my SEO experience in the adult industry now spans a good 21 years.

Anyway, once the ban took place my clients who progressed from Tart Cards to the internet were not overly worried about their branding and really didn’t want to show their faces on their websites. I was always asked to blur faces AND add black bars over their eyes. It looked so bad! I suggested they disguise their faces somehow with masks or by holding up a fan, or with light and shadows… but they never really caught on.

Eventually as the times progressed, the girls opting to stay anonymous were fading into the background as new girls on the scene were becoming more and more liberated about their sex work careers – less shame, more glamour – and their web design and photography styles were reflecting this status too 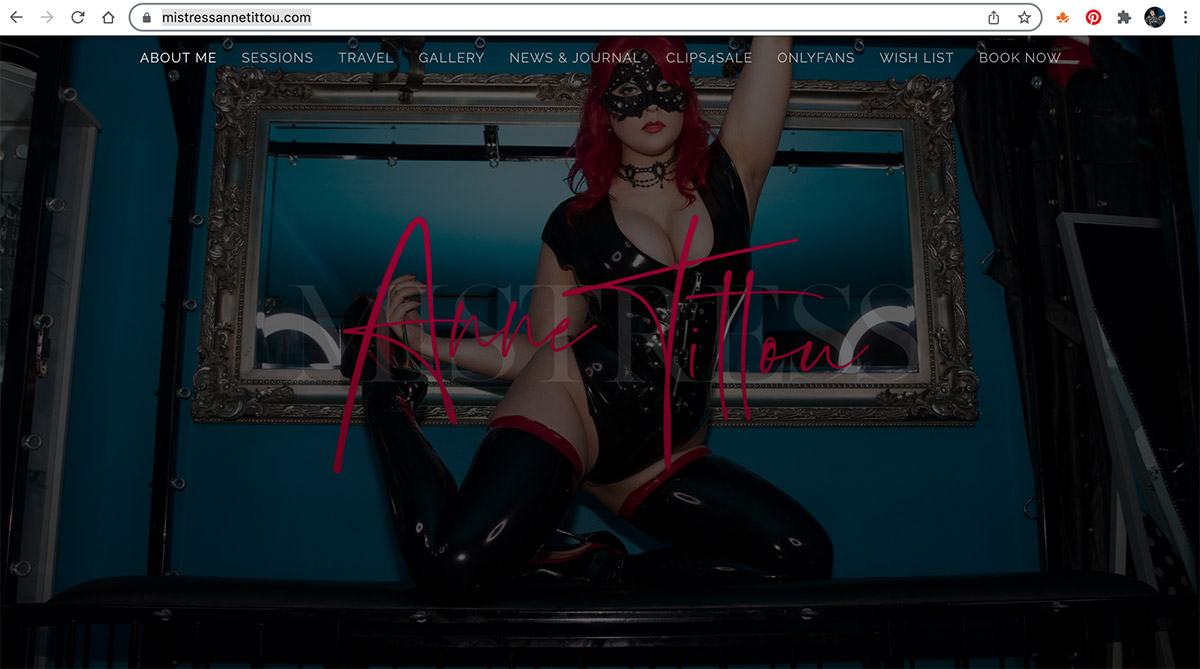 Sending Big Love to Jane, who owned a flat in Earl’s Court – I still appreciate your guidance and what we learned together in the early days of the WWW.